If I was John White I would be more than a little concerned right about now.  I’ve gotten word that people are asking for his resignation.  He’s lied so many times, to so many people, I doubt he even knows what the truth is anymore but I know he never cared.

This was posted on BESE member Lottie Bebee’s Facebook page:

This is a must read! Every teacher and administrator should OPT OUT of the teacher/leader evaluation process. I am going to call for an investigation of this matter. ENOUGH IS ENOUGH! TEACHERS AND LEADERS and SCHOOL BOARDS–IF THIS CONVERSATION PROVES TO BE TRUE, BE COURAGEOUS AS PROFESSIONALS ACROSS THE STATE AND OPT OUT OF THE EVALUATION -PROCESS. FINALLY, THIS PROVES TO ME THAT THIS EVALUATION WAS A SMOKESCREEN from its inception— THE REAL AGENDA: THE DISMANTLING OF PUBLIC EDUCATION, SEGREGATED SCHOOLS, AND PRIVATIZATION! SHAME ON WHITE AND SEABAUGH! I HAVE NO RESPECT FOR EITHER!
http://louisianavoice.com/2013/05/08/white-seabaugh-conversation-reveals-agreement-to-tweak-does-vam-plan-white-whines-about-his-ping-pong-status/

The inBloom situation is not going away.  Eventually we’ll get the MOU and the response, or lack thereof, that he sent  to inBloom to theoretically cancel the contract, or “pause” as inBloom CEO Iwan Streichberger calls it.  My understanding is Georgia and many of inBloom’s other “partners” are now pulling out too.  I would suggest White resign and rake the job at inBloom he probably had lined up, but for some reason I have a feeling that’s not going to happen now.  🙂 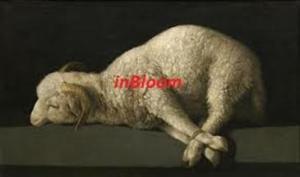 VAM has been postponed but in light of recent events needs to be cancelled and a new evaluation built under the supervision of a new, qualified superintendent with local roots to prevent the kinds of abusive and destructive practices White has employed from the minute he set foot in our state.

Here is one of the 19 layoff plans I’m told John White submitted to eliminate Louisiana citizens from his office in favor “fellows” making 99,999.90 like Jennifer Conway.

Whew.  I bet that salary was totally random and had nothing to do with the fact any salary of 100,000 or more has to be approved by the legislature.  Way to go, Jennifer!  It’s nice to know White was considerate enough to practically create an individualized layoff plan for every employee he didn’t like at DOE because they were classified longtime residents.  As a Louisiana resident and taxpayer I demand those classified employees with their 6 figure or 99999.90 salaries and 2 years of experience go first.

I implore Shannon Templet to reject the layoff plan.  If you have any humanity, or cajun seasoning in your blood, you can’t let this travesty take place! White already has intentions of bringing new unclassified kids in at obscene salaries.  He’s done that after every single layoff he’s had.  This is just another way to evade any oversight and to bilk taxpayers out of millions and even hundreds of millions of dollars. . . from our children no less.

As for White, I want you to consider this.  I had that tape quite a while ago.  Tom Aswell did not share it with me, so I don’t want people thinking he went back on his word.  Something that might have occurred to an enterprising soul such as myself was to sit on this and suggest to people to make more of those tapes. . .  you know, just for fond memories of their fearless leader in action.  Anyone has the capability with a simple app on their phone.  Wouldn’t that just be awesome?!?!?

You know, I kind of hope he sticks it out longer.  White is like a brilliant, enormous, stinky, albatross hanging around Bobby Jindal’s neck.  The longer he stays, the more I can tie him to Bobby, and the more Bobby will have to turn a blind eye to his bumbling boorish behaviour,  or defend his little “ping-pong ball.”  He’s like the Energizer Screw-up and without him I might have to talk about taxes or potholes or something. . .

Come drop by my website at www.louisianabelievesanything.com (I crafted it as an homage to White’s site. Just like White’s it’s mostly useless and filled with shrines to myself, but at least I have a little data and more accurate press releases.)

I’ll admit beforehand, that I haven’t updated it lately, well except for a few . . . mp3 files.  I was thinking they might make for some very entertaining ringtones.  They should load when you click on each page listed on the toolbar but if not they are located at the bottom of each page.  I strongly recommend you download one today.  Then you can have your friend’s call you when you’re near White.  I’m sure he would be comforted by the sound of his voice, voicing things he “believes.”

crazycrawfish I am a former Louisiana Department of Education employee. I was one of the principal student data folks for the better part of a decade. You can find my blog at crazycrawfish.wordpress.com
Published May 10, 2013