BESE offers nothing to parents concerned about CCSS, then says, “You’re Welcome.”

I read this recent article in the advocate after hearing some positive feedback on Twitter about changes made by BESE to address parents concerns brought up at the meeting. At first glance I thought they might be almost meaningful, until I read a little closer. I also have some information that I have been sitting for a few months that refutes the claims being made that seems like I should bring forth now.

One of the changes approved by BESE would ban curriculum from being forced on local districts, “including any that may be recommended, endorsed or supported by any federal or state program or agency.”

However, according to folks privy to inside discussions, John White and a specific handpicked committee are secretly approving materials for schools to use, bypassing the normal vendor to LEA interactions and selection process. Indications are that White has plans to select a national vendor or vendors to provide most of Louisiana’s instructional materials from which LEAs can then “choose.” If I trusted John White and his cadre, this might be a good way to go, but my suspicions is this is being done in secret to serve a secret agenda based on John White’s beliefs and best interests, not the interests of Louisiana parents and school districts. However he claimed he was allowing districts free reign to choose materials without inserting himself into the process. That is patently false. This is from an e-mail I received September 12th so I assume this is in relation to a teleconference that happened on the 11th.

I ‘assumed’ you missed a great tele-conference yesterday with Mr. White (loved his asst’s title – Confidential Assistant to John White State SUperintendent of Education – I added italitacts….who puts confidential in their title?)  and the book publishers on what he [White] wants to do and what direction he wants to go in …in the future. He has avoided this conversation for over a year..with the La. Publishers Association asking repeatedly to find out what direction the state was going in to adopt books.

On one hand he said there will be NO text book adoptions, no call for books, no interim adoption or process….and we are in transition. On the other hand he said we will have a call in Oct…and will have ‘approved books’ by Dec. (in previous years it would take about 1 year to get approved books)…..yes it sounds like to me, he’s talking out of both sides of his mouth. ELA – high school and math 1-12 books – all have to be digital to be evaluated!

He said we are calling for digital books ….ok, but I can give you an example that digital will not work…ie handwriting! Can you imagine a 2nd grader learning how to add digitally vs pen and pencil….. Some publishers do not have ‘strictly’ digital books and are not set up to have digital books…

It will now be a ‘rolling adoption’…which leads me to several questions….in the past the districts would know how much the books cost for 7 years. Now with a rolling adoption and the fact the state does NOT want to get into contracts, the publishers can raise their prices at any time….only competition and the market will prevent that.

The people who use to approve the books would preview them over the summer and the process to get on a committee was very detailed. Now it will be some people he picks…no long process or checks and balances so that they aren’t ‘on a publishers’ payroll. DIdn’t say how many people were going to be on this committee….

He ended the conversation with…he wanted us to hear it from him…not anyone else on the process. An email will go out on what  books he [White] wants to ‘preview’ in October.

They [LDOE] are also having a taskforce meeting on textbooks and instructional materials going on monthly until Jan. Then the committee will recommend to the legislature what changes in textbook adoptions they want to change...could be anything from… we want just digital books, to getting rid of the depository, to everything that is sold in the systems, to anything!  I can’t see them having them approve supplemental materials (don’t know the standards it would use for supplemental materials…because that would be a tremendous job for anyone!)

Obviously this is the complete opposite of what John White and BESE have once again claimed and relayed to the newspapers to publish. John White is leading this process, and he will directly relay to publishers what decisions he and his committee has made. Does this sound like districts are being given free choice to anyone????

Also from the Advocate:

The changes also state that:

Local school officials will have autonomy in picking instructional materials, and be free from both state and federal interference.

Schools have to allow parents to examine textbooks, and parents or legal guardians can request exemptions if they object to high school reading requirements.

In a bid to protect student privacy, the state will use numerical identifiers, not Social Security numbers, on tests that measure Common Core readiness.

Obviously item one is a lie as my previous informant has relayed.

Item 2 sounded good at first. I thought I read something different. I thought it said parents can choose to reject a reading choice if they object to it on moral grounds (I’m assuming another book could be substituted) I believe this would give teachers more autonomy to select wider choices of books but allow parents to opt their children out of morally objectionable material. No one has a copyright on morality (although I heard the NGA and CCSSO were working on a CCSM copyright), and one person’s morals are obviously different than another person’s (Just look at John White who was obviously taught lying is a virtue in his household) This could have been a win-win for teachers and parents. However all this says is parents can examine textbooks, (but not instructional materials which many parents have been finding objectionable) and that parents can request exemptions. However this is vague and probably not any different then what parents can already do. There is no requirement that anyone honor these objections, nor that students have something else substituted in place of the objectionable material.

Parents are not trying to get their kids out of reading books, like this statement seems to imply, they want to exercise some judgment based on their assessment of their children’s maturity level and the impact objectionable material might have on their children, or rights as parents to instill their own morals and ethics in their children. I don’t believe the State should get into the business of teaching morals to children, and I don’t believe most of our elected officials are in any position to be teaching children about ethics, except what a lack of ethics looks like.

Item 3 is just absurd. How could any other decision have been an option?

“We have decided NOT to shoot you in the head today. You’re welcome, parents.” 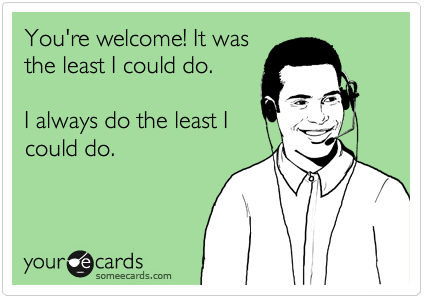 This still does not address the issue of privacy. These databases want name, DOB, address, phone number, medical history, parent info, family info, phone number, child’s picture, discipline data, special education info, 504 status, attendance, everything! If we don’t send it today, what’s to stop us from sending it tomorrow? Agreeing to not submit SSN’s should have been a no brainer, but it also does nothing to protect children from other databases and sharing endeavors. For instance, while PARCC may not get a child’s SSN, this data may be shared with inBloom at a later date, or another inBloom like entity.

Louisiana needs its own privacy laws, and a superintendent it can trust to protect its children. Currently it has neither. I look to the legislature and Bobby Jindal to remedy those situations.

crazycrawfish I am a former Louisiana Department of Education employee. I was one of the principal student data folks for the better part of a decade. You can find my blog at crazycrawfish.wordpress.com
Published October 17, 2013October 24, 2013

6 thoughts on “BESE offers nothing to parents concerned about CCSS, then says, “You’re Welcome.””