When I first heard this comparison and association being made I must admit my first instinct was to reject that sentiment out of hand. This is a term I’ve often had hurtled at me and other liberals for our beliefs (along with socialist, heathen, commie, nazi, and fascist.) I feel many of these terms have lost their original meaning and tend to be associated with insulting folks on both the left and right of the political spectrum, but that doesn’t mean Common Core isn’t communist or share some of the traits commonly associated with Communism. Now for the record, I don’t believe the Common Core State Standards (CCSS) are “communist” per se. . .

Communism (from Latin communis – common, universal) is a revolutionary socialist movement to create a classless, moneyless and stateless social order structured upon common ownership of the means of production, as well as a social, political and economic ideology that aims at the establishment of this social order. This movement, in its Marxist–Leninist interpretations, significantly influenced the history of the 20th century, which saw intense rivalry between the “socialist world” (socialist states ruled by communist parties) and the “Western world” (countries with capitalist economies).

According to Marxist theory, higher-phase communism is a specific stage of historical development that inevitably emerges from the development of the productive forces that leads to access abundance to final goods, allowing for distribution based on need and social relations based on freely associated individuals. Marxist theory holds that the lower-phase of communism, colloquially referred to as socialism, being the new society established after the overthrow of capitalism, is a transitional stage in human social evolution and will give rise to a fully communist society, in which remuneration and the division of labor are no longer present. Leninism adds to Marxism the notion of a vanguard party to lead the proletarian revolution and to secure all political power after the revolution for the working class, for the development of universal class consciousness and worker participation, in the transitional stage between capitalism and communism.

. . .but from what I’ve observed how communism actually works in a practical sense, the development and distribution of these standards is not far off of what you would expect in a Communist or totalitarian state.

I’m basing this opinion on reporting I’ve read about how China has incorporated Capitalism, how North Korea’s rulers enjoy luxury goods, while most of the population starves, and from a month long student exchange trip I took to the Soviet Union in 1991, before that communist state fell to Yeltsin’s popular coup.

Despite what many folks in this country believe, communists do not all live in dreary gulags, prison camps, or identical non-descript modular housing provided by the state. That’s not to say some of their citizens don’t of course, but the reality is much more diverse and complex. The Russian and Georgian communities and families I stayed with had highly stratified economic conditions. Some families lived in cramped apartments with 3 generations living under one roof, while others had large houses or elaborate and well equipped housing complexes (in the case of a Russian mobster I visited. He learned I was a chess champion in the US so he strongly “suggested” I put in an appearance and play chess and drink cognac before school each morning towards the end of my trip. I think I was something of a novelty to him.)

There were indeed bread lines in Communist Russia, I got to stand in one for an hour on my way home from school and purchased a rationed loaf of hard bread from a pallet on the back of a flatbed truck for a few copecks, or the equivalent of about a single US penny. However there was plenty of food to eat. The state run markets that I saw were completely empty, but there were outdoor markets and plenty of fresh and delicious food to eat every night, on every table, in every house I visited – regardless of social class. What I saw was a thriving underground economy that dealt in bartered goods and services (my host family was very well off because the father ran a fancy resort) and extensive use of foreign currencies like American and Canadian dollars, German marks and British pounds – although US dollars seemed to be the most prevalent and widely accepted hard currency.

What I learned from my Russian classmates and host families is that Capitalist principals secretly drove much of the Russian economy (every family and every student had something to sell and was always on the lookout for a money making opportunity or scam) but that much of the power was concentrated in the hands of a few, often very secretive, people. These people earned their power through membership in the communist party (or having highly connected family members) by acquisition of wealth and businesses through the underground economy (mobsters and gangsters although more highly regarded that we see them in our culture, perhaps more like Sicilian mobsters or Japanese Yakuza) or from affiliation with high level government positions that were usually bestowed upon high level communist party members and allies of previous administrations. Many of those in power operated from the shadows, without a formalized structure; but it was these few unelected individuals that had acquired their wealth through government corruption, criminal enterprises, or inherited wealth and privilege, that dominated most of Russian society and the direction of the country.

This is how I see Common Core was developed, and how a great portion of our American society is being run, by corrupt government officials, unaccountable unelected wealthy individuals and families of inherited wealth. While we believe we live in a fair and free Democracy, just how many Bushes, Kennedys, Clintons and Rockefellers, do we need running our highest offices? It’s no coincidence than most of our political class is pulled from our wealthy class, that the wealthy support them, and that our elected officials defer to the wealthy in almost all public matters. The wealthy, for their part, found and fund think tanks and institutions that promote their ideas and push their propaganda on the masses, you and me. 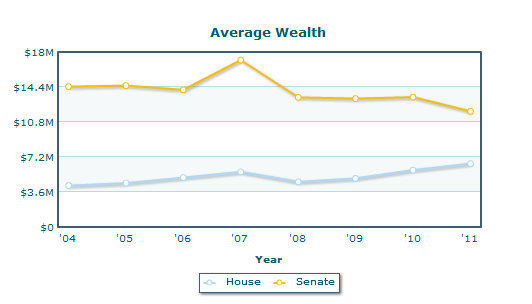 Common Core was produced by Bill Gates and the Waltons of Walmart to keep us, the general public, poor and ignorant. This curriculum was the product of secret backroom deals and research designed by a group called The Secret 60 to keep us compliant and servile to our wealthy and entitled masters.

Sixty individuals, ONE teacher among them, will write national education standards in the next five months, in a secret process that excludes effective input from students, parents or teachers.

Just as in communist countries that have transformed into “democracies” that pretend to have free elections, we are free to vote for any leader as long as they are Putin, or a Bush or Clinton, and willing to support and kowtow to the secret status quo.

Both CCSS and privatization of public schools is not about improving education, it is about controlling it in a top down, regimented process that disenfranchises the public and supplants our public institutions and curriculum with a federally mandated one created by private entities to control and dictate what the majority of us learn, and equally as important to them, what we do not learn. The data collection attached to CCSS is about keeping track of us and our thoughts, backgrounds and abilities. This information will be shared with the federal government and will be used to track and control us by directing our learning opportunities and career paths. Even compared to what our KGB, the NSA, is doing this collection, proposed by another Gates affiliated company named inBloom, is much worse in that is much more intrusive, targeted, and designed to be impossible to hide from.

Do you know anyone who worked on the Common Core State Standards that are sold as a grassroots effort of teachers and states to build a better, universal curriculum? Do you personally know any average person in any state, or even any state that can propose a change or refuse to follow aspects of this curriculum? Creators of this curriculum tout that they allow states and teachers build their own curriculum around what they are calling “standards”, but how exactly will that work when everyone has the same textbook, and is judged by how they do on the same tests? That’s like saying you are free to choose any way to shoot yourself in the foot, but if you don’t use my handgun you will have to build and design your own, manufacture your own bullets, and have that done in the next ten minutes. Our freedom and our choices are carefully manufactured illusions distributed by those with the real power in our society. In a very real practical sense we have no choices, our futures are decided and dictated by the wealthy and elite in our society, and what few freedoms we thought we had, such as what to teach and learn, are slipping away even as you read this.

We are becoming more like what we believe communist countries are every day in the sense that we have very little control over what our leaders do, what we have control over in our government, and now, even what we teach our children. However in communist countries people know they are not free, secretly and privately their trend is toward more freedom and rejecting the government teachings, and the people are under no illusion that they have no choice in whom their leaders, elected or otherwise, are. In our country we still believe we have a choice over our leadership, upward mobility in our society and a choice about what we learn. As we fully develop and implement the Common Core Social Studies lessons we will be further indoctrinated in how our society works on paper, and what we are our government and the secret 60 and their allies believe we should think and learn. So while it’s probably inaccurate to say CCSS are communism, in a broader sense it’s not far from the truth either, and the place these standards lead us may very well be worse.