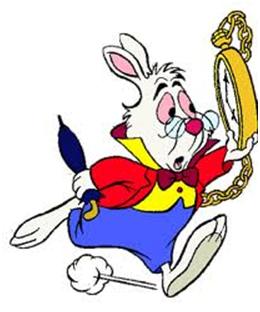 If you’re like me, you’re late to everything. For instance, my mom is fond of telling me I was late to my own birth. In my defense I always remind her that my brother was three weeks lake and I was only about one week, so relatively speaking I was early. No matter what else happens in life, I will always have that to hold over my brother. Perspective is very important.

For instance, if I surrounded myself with skinny fit people I would feel very fat and unhealthy all the time. That’s why I make it a point of distancing myself from anyone who becomes too obsessed with P90X or Cross fit programs. That type of association would not be good for my mental health. I also make it a point of only befriending folks who are larger than me, especially if they with more physical limitations like a hook for a hand, or a patch over one eye. (Yes. I have a lot of pirate friends.) I also really like to befriend really bald people because they are very jealous of my unruly mop of hair – which I find annoying, but they find enviable. Perspective is what Diane’s book, Reign of Error, is all about.

Reformers and privatizers (not to be confused with my pirate compadres) like to frame their pseudo-successes in a context that makes them look good, and the things they are opposing look bad. For instance, they like to point to the performance of the poor and minorities on standardized tests and show the current achievement gap between them and the wealthy is not closing. They characterize this as bad, and evidence that our education system is failing. Diane provides some context for this claim. While it is true that the poor perform poorer on standardized tests than the well off (which is true and has always been true in every nation on earth), it’s also true that over the last 20 years their scores have increased on the NAEP test to where their wealthier counterparts were. The reason the achievement gap is not closing is that all students are doing better, not that the poor and minorities are doing worse. Because poverty is directly intertwined with performance, that’s like saying 20 years later the average height of US citizens is greater, but sadly we have not been able to close the altitude gap. Tall people are still taller than short people.

Reformers point to the results of other nations like China and Sweden to say we are falling behind in the world because they did better on the 2010 PISA (Program for International Assessment) tests than we did. Diane brings perspective there as well showing that the Chinese students have a culture of preparing for the test but not learning the material and that all of China was not tested, only one city, the city of Shanghai which is not representative of all of China, much of which is still very poor and very rural (pg64). Reformers point out that countries like Sweden do better, but they fail to put those results in the proper perspective as well, that most of Sweden is middle class, and the United State has more income inequality and poverty than any other industrialized nation. When students of similar economic backgrounds are compared US students, US students do just as well or better than any other country in the world. The real issue is poverty, which is now the primary determining factor of student performance. It’s no coincidence that wealthy Americans, who are against equitable taxation and income equality, are pretending poverty is not a determining factor and actively funding research and solutions to deny this in much the same way Tobacco companies funded research to say smoking is good for you, and coating your lungs in tar makes your lungs happy and durable like Goodyear tires.

Diane’s perspective setting and record correcting does not stop there. She also points out that Reformers like Joel Klein and Michelle Rhee commonly misquote President Barack Obama by saying that teachers are the most important factor for determining the education level and achievement of a child. This is a self-serving mischaracterization to support their misguided agenda of putting a what they say is a highly effective teacher (as determined by standardized tests) in a classroom. Obama stated that a teacher was the most important component of the equation within a school. This does not mean poverty, family, health, mental conditions, disabilities, language difficulties, and school climate are not factors, nor does it mean a teacher is the primary factor. That statement is conveyed by those who want to attribute the “failings” of our public schools (which is untrue) to the ones they say are responsible, the teachers (which is also untrue). This is done in a bid to eliminate teachers, public schools, and unions and replace them with a substandard, poorly trained and compensated, temp teaching force that will help maximize profit for profiteers, while permanently harming our children and shattering the foundation of our democracy, an educated populace.

Just like everything else I suppose, I came later to the battle to fight the privatizing charlatans reaping our children and our tax dollars for their private jets and seedy agendas. This book will very likely become my anti-reform bible. It has allowed me to catch up on a lot of the background I knew only vaguely. If you are coming to suspect something is wrong in the way our education system us being attacked and run into the ground, once you read this book you will have no doubts left. A Nation at Risk did correctly identify a problem that our nation will face in the future, a poorly educated, poorly prepared population. However it was a little ahead of its time. Our nation is at risk for being dumbed-down and privatized into obscurity by the wealthy and greedy forces (from both political parties) lining up at the public trough to gorge themselves on education dollars earmarked for our children. Diane’s book helped me see the bigger picture and larger context for our fight to save our society from those who would rape, pillage and enslave our children as the barbarian tribes ravaged the Roman Empire – when it reigned supreme. I dog-eared many a page while reading this book, for future blog posts and supporting references. If you are looking for a historical perspective on where we have been, how we have come to where we are, and where our education system is going if we fail to intervene, this is the book you need to own.